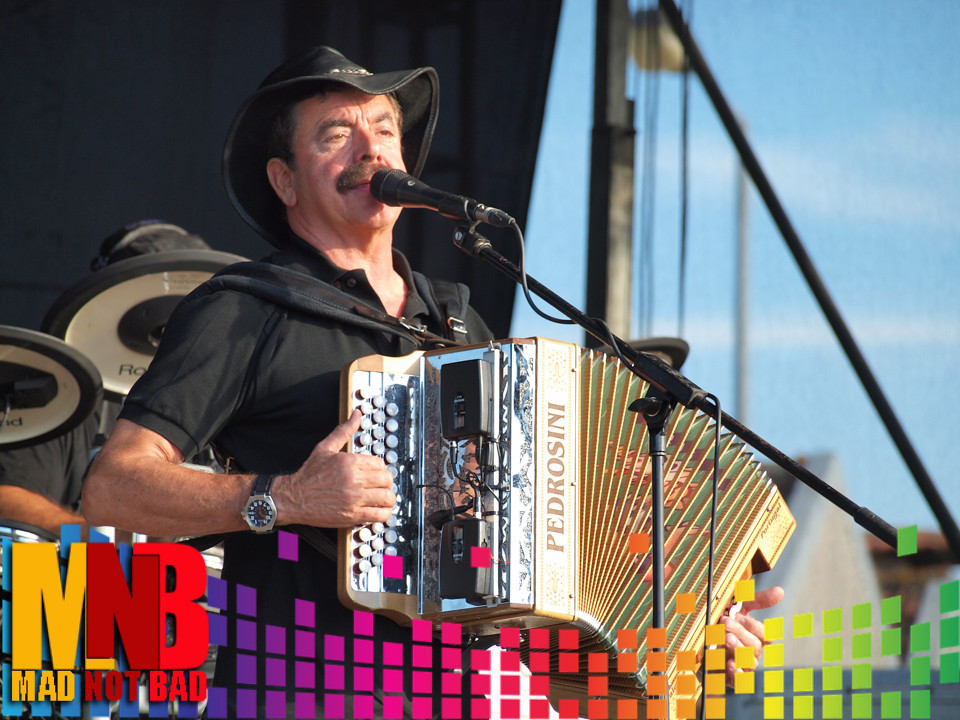 Quim Barreiros is a legend in Portugal. You probably know him for Recebi Um Convite (À Casa Da Jóquina), which features as Buzzfeed’s one of the worst record album covers of all time, but he probably started off the whole concept of Pimba music single-handed. Pimba is a Portuguese type of music, often associated with rural areas with an uptempo style and featuring lyrics filled with double-entendres and sexual innuendo. Among his biggest hits are ‘Bacalhau à Portuguesa’ [Portuguese Cod] (1986), ‘A Garagem da Vizinha’ [The Neighbour’s Garage] (2000) and ‘A Cabritinha’ [The Little Goat] (2004).

It was a real coup for a little village like Silveiro to get Quim Barreiros to appear at their annual festival and the organisers are to be congratulated. I have been to several of these local festivals and the village square was packed, a testament to his enduring popularity. It was a pleasant, sunny afternoon and the audience were treated to an excellent show.